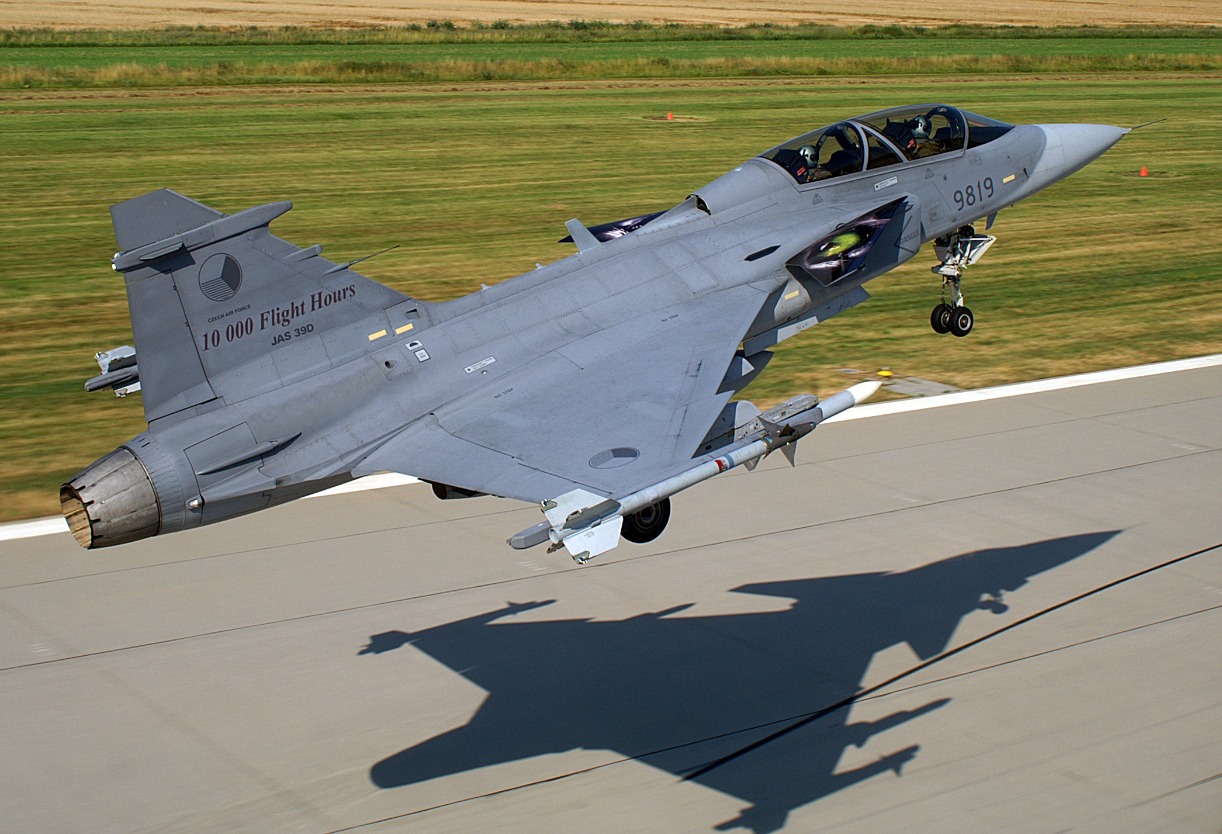 Here’s What You Need to Remember: Another interesting aspect of the Gripen offer is the inclusion of dedicated electronic warfare pods in addition to the Gripen’s already supposedly formidable on-board jamming capabilities. This, in Saab’s words, is “probably the most advanced EW suite” carried by a fighter.

In late January, the Saab JAS-39E Gripen arrived in Finland for its flight evaluation as part of the “HX Challenge,” Finland’s search for its next fighter aircraft to augment and slowly replace its fleet of F/A-18C/D Hornets. Saab’s offering, as some commentators have remarked, is the last “eurocanard” to be evaluated in the HX program. It also comes “bundled” with the GlobalEye Airborne Early Warning & Control (AEW&C) aircraft, which Saab markets as a force multiplier for the Gripen.

The complete systems, maintenance, and aircraft package that the Saab is selling has many potential bonuses for its potential selection as the HX aircraft, since Finland is looking for substantial domestic repair capability and possible technology transfer. If more systems are sold, it could mean more technology is transferred, leading to further potential development of Finnish industry. Despite the requirement in the HX program, Finnish industry seems pretty lukewarm to the idea of producing Gripen parts domestically. However, Saab has pushed the idea pretty hard, stating that some Patria plants could even produce and overhaul engines domestically.

Another interesting aspect of the Gripen offer is the inclusion of dedicated electronic warfare pods in addition to the Gripen’s already supposedly formidable on-board jamming capabilities. This, in Saab’s words, is “probably the most advanced EW suite” carried by a fighter, which would make the Gripen a considerable asset for Suppression or Destruction of Enemy Air Defense (SEAD/DEAD) missions. However, Boeing is including a dedicated and proven electronic warfare aircraft, the EA-18G Growler in its HX program bid, so the JAS-39, while possibly formidable is outclassed in that aspect.

Unfortunately for Saab, the Gripen didn’t actually fly and proper “verification flights” (though the GlobalEye aircraft were able to) in its time in Finland, leading to snarky media commentary that the Gripen couldn’t fly in the snow. This is, of course, not true. There were standard weather conditions for flights, and the snowy conditions did not fit them, so the plane did not fly.

Two more planes remain to be evaluated for the HX Challenge, Lockheed Martin’s F-35A and Boeing’s F/A-18E/F Super Hornet. The F-35A’s evaluation period is in mid-February. Both have their unique share of advantages and disadvantages: the Super Hornet will likely be an easy transition for the Finnish Air Force, which already operated legacy Hornets. But the F-35A has the advantage of low observability, advanced datalink systems and it’s onboard opto-electronic packages. The F-35A is rumored to be favored as it’s truly a next-generation aircraft and has a growing European user community (especially following the Polish purchase). But it does come at a higher cost, and seeing how the Polish deal did not include weapons, the overall cost of an F-35A purchase may be significantly higher than the Saab or Boeing bundles.

Regardless, the HX Challenge is one of the most interesting comparative and transparent fighter selection programs in the running, with a wide variety of European and American fighters in the running.

Sun Feb 28 , 2021
A recent New York Times report reveals that warlords and other powerful people are receiving money from the national police and the government in order to find people to patrol highways that connect provinces in the north and that have come under heavy attacks by the Taliban. The people put on patrol are not provided with training, and are brought to the sites under the false pretense of working on construction projects. Following their arrival, “militia members are dropped in areas too dangerous to flee and only picked up weeks or months later, dead or alive.” This development marks a return to the warlord-centric system that previously held sway in Afghanistan.