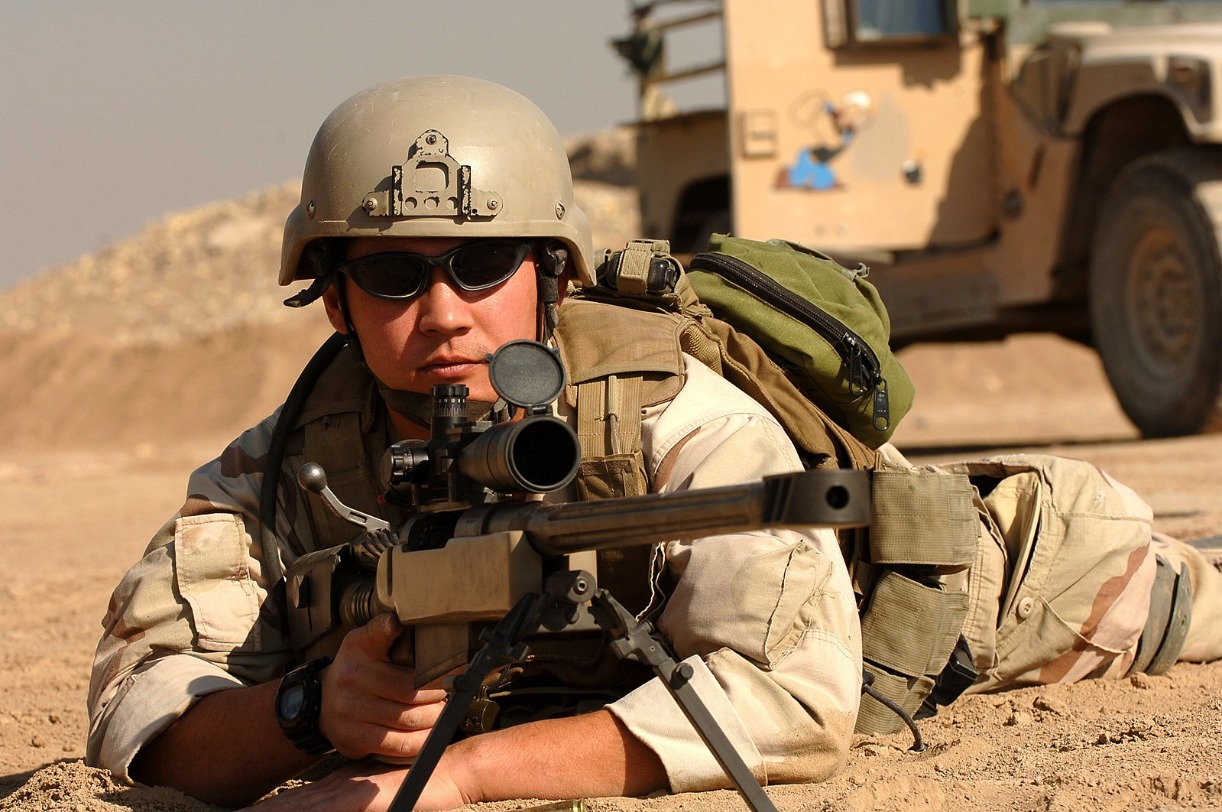 Here’s What You Need To Remember: Advancements in optics, bullet, and manufacturing technology have allowed sniper rifles to reach out to further than ever before, so fielding a modern sniper rifle is important for many militaries.

The modern sniper rifle rose to prominence in the 1980s as a critical tool for counterterrorist teams and continued to prove itself on the battlefields of Iraq and Afghanistan. Advancements in optics, bullet, and manufacturing technology have allowed sniper rifles to reach out to further than ever before, so fielding a modern sniper rifle is important for many militaries. Here are some that could be considered the best.

Accuracy International (AI) is considered to have pioneered the modern sniper rifle with their Precision Marksman (AI PM) rifle in the 1980s, which was adopted by the British Army as the L96A1. AI has provided sniper rifles to the British military since. The latest one is the L115A4, a variant of the AI AX rifle that retains some features from the earlier L115A3, the AI Arctic Warfare Super Magnum.

The L115A4 features the usual laundry list of features that are standard for a modern sniper rifle. Adjustable stock in length and height, sub-MOA accuracy, chambering in heavy cartridges like the .338 Lapua.

The primary improvements on the earlier L115A3 are the addition of a new keymod mounting system on the handguard for reduced weight and the addition of a spirit level at the rear of the receiver right above the bolt. Spirit levels are common aftermarket accessories for precision rifles as cant can cause a significant deviation in shot trajectory. The integration of a level into the rifle itself is likely a welcome addition for the military sniper.

Other variants of the AI AX chassis are used by the USMC as the Mk13 Mod 7 and by other militaries.

While most .50 anti-material rifles such as the M107 or M82 aren’t precise enough to be true sniper rifles, the TAC-50 is an exception. With half-MOA accuracy with proper ammunition, the TAC-50 is known for being the rifle used to achieve the longest sniper kills in the world, with Canadian snipers using the weapons making shots at over 3.5 kilometers.

The TAC-50 is also used by the Navy SEALs under the designation Mk 15.

The Remington Defense MSR won the US Special Operation Command’s Precision Sniper Rifle contract. Like most other rifles here, it’s a multi-caliber rifle capable of shooting calibers up to .338 Lapua and features plenty of rail space for accessories and an adjustable and folding stock.

It beat out the Sako TRG-42, Accuracy International AX338, Barrett MRAD, and Blaser R93 for the contract, though the exact reasons why have yet to be revealed. The MSR is slightly more modular compared to the TRG-42 and AX338 as it accepts any AR-15 pistol grip, though it shares this feature with the Barrett M98B.

Another rifle that competed in the PSR contract, the Finnish Sako TRG has seen better success in being adopted across Europe. The rifle is a known favorite of elite Russian units, who prefer it to domestic Russian rifles.

As with the other rifles on this list, the TRG M10, features sub-MOA accuracy, adjustable stocks, and detachable magazines.

While the MRAD lost the PSR contract, SOCOM later decided to purchase the MRAD anyways under the new moniker of Advanced Sniper Rifle, or ASR. The primary difference between the ASR contract and the earlier PSR contract is the addition of a new caliber, the .300 PRC, which has superior ballistics in some ways compared to earlier dedicated sniper cartridges.

Norway, New Zealand, and Israel all use the MRAD as well.

Sniper rifles are a relatively stagnant technology, and it should come as no surprise that all rifles on this list look relatively alike, with free floated barrels, negative space rails, detachable magazines, and folding/adjustable stocks. There are plenty more rifles not on here that have seen more limited adoption that look very similar, including the B&T APR, PGM 338, IWI Dan,  and OBR SM Tarnów Bor.

The primary innovations in the field of long-range shooting have come in bullet and optic technology rather than in the rifles themselves, so the race to win a contract often comes down to who can provide the better after-purchase support, and who can build the rifle to accept the latest hot cartridge that a military may want.

Fri Feb 19 , 2021
Back in 2018, Sputnik International put out a piece bashing China’s based J-15 carrier-based fighter jet, describing it as having problems with its flight-control system. But the J-15 is itself a derivative of the Russian Su-33 Flanker. Is the Chinese jet really that inferior to the Russian one? Or are the problems shared, and the article an attempt to distract from the Russian fighter’s own failings?