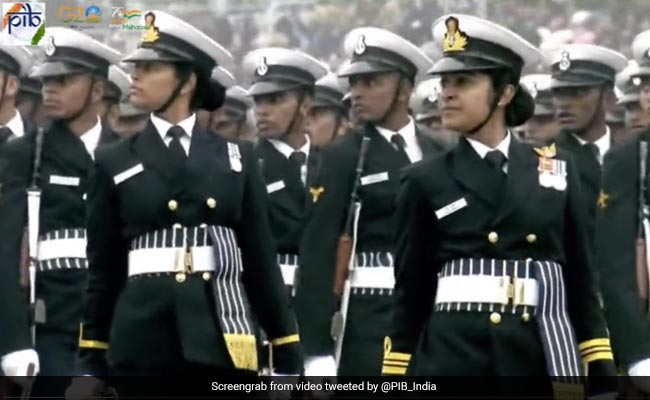 A grand parade showcaseda mix of the country’s military strength and cultural diversity.

India marks its Republic Day every year on January 26. Today, the country is celebrating its 74th Republic Day. Celebrations began with President Droupadi Murmu hoisting the national flag on the recently unveiled Kartavaya Path, formerly known as Rajpath. The President, along with the nation, then witnessed the country’s military might. The President, who is the Supreme Commander of the Indian Armed Forces, distributes Paramvir Chakra, Ashok Chakra and Vir Chakra to the soldiers. The military might was telecast live across the nation.

A grand parade showcased a mix of the country’s military strength and cultural diversity.

Indian Army, Indian Navy and Indian Air Force, along with other security forces, presented a spectacular show in front of the nation as they marched past the dais where the President along with other dignitaries took the salute.

Why is Republic Day celebrated on January 26?

Republic Day commemorates the day (January 26, 1950) when the Constitution of India came into effect as the country became a sovereign state after getting its Independence on August 15, 1947. The first Constituent Assembly session was held on December 9, 1946 while the last one took place on November 26, 1949. The Drafting Committee of the Constitution was headed by Dr BR Ambedkar.

January 26 is national holiday that commemorates the enforcement of the Constitution, the date on which the Indian National Congress announced Purna Swaraj from British rule. The resolution also marked the beginning of a large-scale nationwide political movement against colonial rule. The day of January 26 celebrates the spirit and soul of a sovereign nation.

This year, Egypti President Abdel Fattah El-Sisi was the Chief Guest. Egyptian military, with 144 of its personnel, participated in the parade along with the Indian Armed Forces.

Security had been heightened in the national capital in view of the Republic Day celebrations. According to the Delhi Police, around 65,000 people witnessed the parade on January 26.

Lollapalooza India: Everything You Need To Know