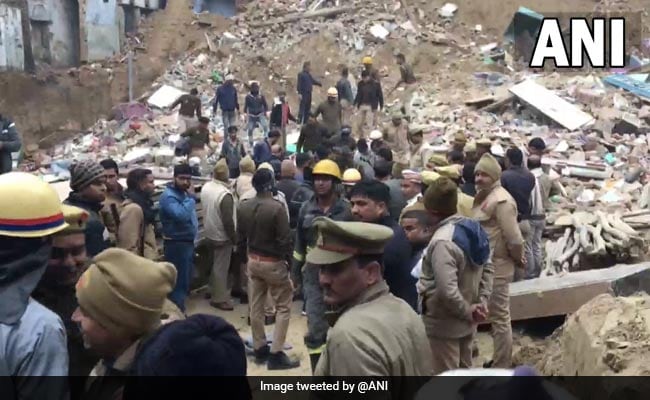 A four-year-old girl was killed and few others were injured as six houses collapsed in Uttar Pradesh’s Agra this morning due to an excavation work in a nearby rest house, police said.

According to Deputy Commissioner of Police (Agra) Vikas Kumar, the incident took place around 7 am.

“An excavation work was going on in a dharamshala (rest house) in Tila Maithan locality near Agra City Railway Station. Under its impact, six houses and one temple collapsed,” the police officer said.

“Three people were trapped under the debris. They were identified as Vivek Kumar and his two daughters – Videhi, 5, and Rusali, 4,” the police officer told Press Trust of India.

They were taken to a hospital where Rusali died, he added.

Manoj Verma, another resident whose house collapsed in the incident, told Press Trust of India, “With the grace of god the incident happened in the morning when very few people were in their houses. Had it happened at night, many people would have been trapped.”

The police officer said they are investigating the matter.