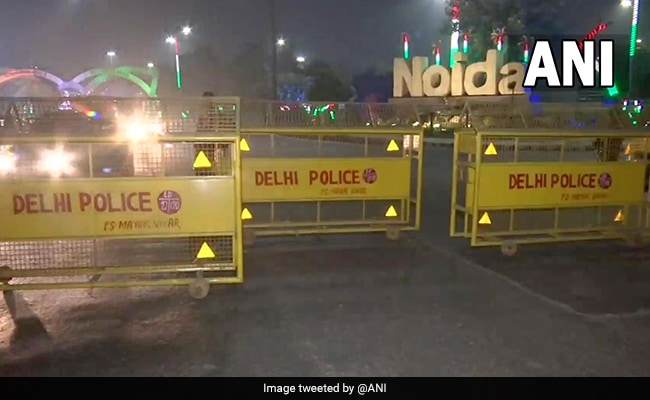 Entry of heavy vehicles is also restricted in Delhi from Wednesday night.

As India marks its 74th Republic Day on Thursday, security has been increased across the national capital to ensure a peaceful celebration of the event.

This also comes in the wake of the arrest of two terrorists in Delhi earlier this month who were in touch with foreign terrorist organisations, police had earlier said.

In light of some reports on threats from anti-social and terrorist elements to the Republic Day celebrations, flying of sub-conventional and aerial platforms in the National Capital Territory of Delhi has been prohibited until further notice.

The Delhi Police Commissioner, in an order issued on Monday, said some criminal and anti-social elements inimical to India may pose a threat to the safety of the general public, dignitaries, and vital installations.

According to the Delhi Police, around 65,000 people will attend the parade on January 26, for which they can register through a QR code. Entry will be given only to valid pass holders and ticket buyers.

About 6,000 jawans have been deployed for security for the January 26 parade, which includes the paramilitary forces, and NSG apart from Delhi Police.

Movement on Kartavya Path will be monitored with the help of around 150 CCTV cameras, which also have high-resolution cameras.

The high-rise buildings around the Kartavya Path and parade routes have also been closed from the evening of January 25. Entry of heavy vehicles is also restricted in Delhi from Wednesday night.

Heavy vehicles have been stopped at all the borders of Delhi. This time heavy vehicles are not allowed to enter inside the Ring Road, ie towards New Delhi. Vehicles with passes are given entry into these areas.

“Entry will be given in the New Delhi district only after verifying the local people,” officials said.

According to the Delhi Police, around 30,000 people are expected to reach through the metro to watch the parade, for which the Central Secretariat and Udyog Bhawan metro stations have been made available.

All metro stations are open this time. The movement of vehicles has been stopped on all major routes including Kartavya Path, Janpath, India Gate, and Copernicus Marg from early 4 am.

February 6, 2023
‘Time To Stand Up & Condemn What China Did’: Saurabh Shukla On India-China Clash In Tawang

February 6, 2023
Twinkle Khanna Reveals Daughter Nitara Took Her as 60 When She Was 44, Shares Adorable Throwback Note

Twinkle Khanna Reveals Daughter Nitara Took Her as 60 When She Was 44, Shares Adorable Throwback Note