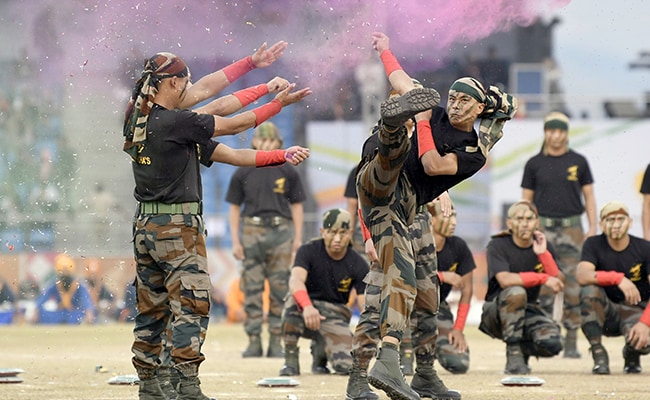 Indian Army showcased its prowess at the Military Tattoo and Tribal Dance festival.

The Republic Day 2023 celebrations have already kicked off in the country. Apart from the annual parade, several other events are scheduled to be held this year including dance performances and a drone show.

Traditional dance performances include Gatka, Kalaripayattu, Mallakhamb, Thangta, and Khukuri Dance were performed by tribal artists from across the country.

The Republic Day ceremonies on January 26 will begin with Prime Minister Narendra Modi paying homage at the National War Memorial in New Delhi. Following this, the unfurling of the National Flag by President Droupadi Murmu will take place and the National Anthem will be sung.

Personnel of different regiments of the armed forces will march along the Kartavya Path while military assets and tableaux from different states will also be displayed in the parade. Spectators will also get to witness flypast by various aircraft of the Indian defence forces over the Kartavya Path.

The Beating Retreat ceremony will be held on January 29 at Vijay Chowk. This time, a 3D anamorphic projection will be displayed on the facades of the North Block and South Block.

A spectacular drone show is also scheduled for the day where 3,500 indigenous drones will illuminate the evening sky over Raisina Hill.

Fans Celebrate The Release Of Pathaan Outside Delhi Theatres