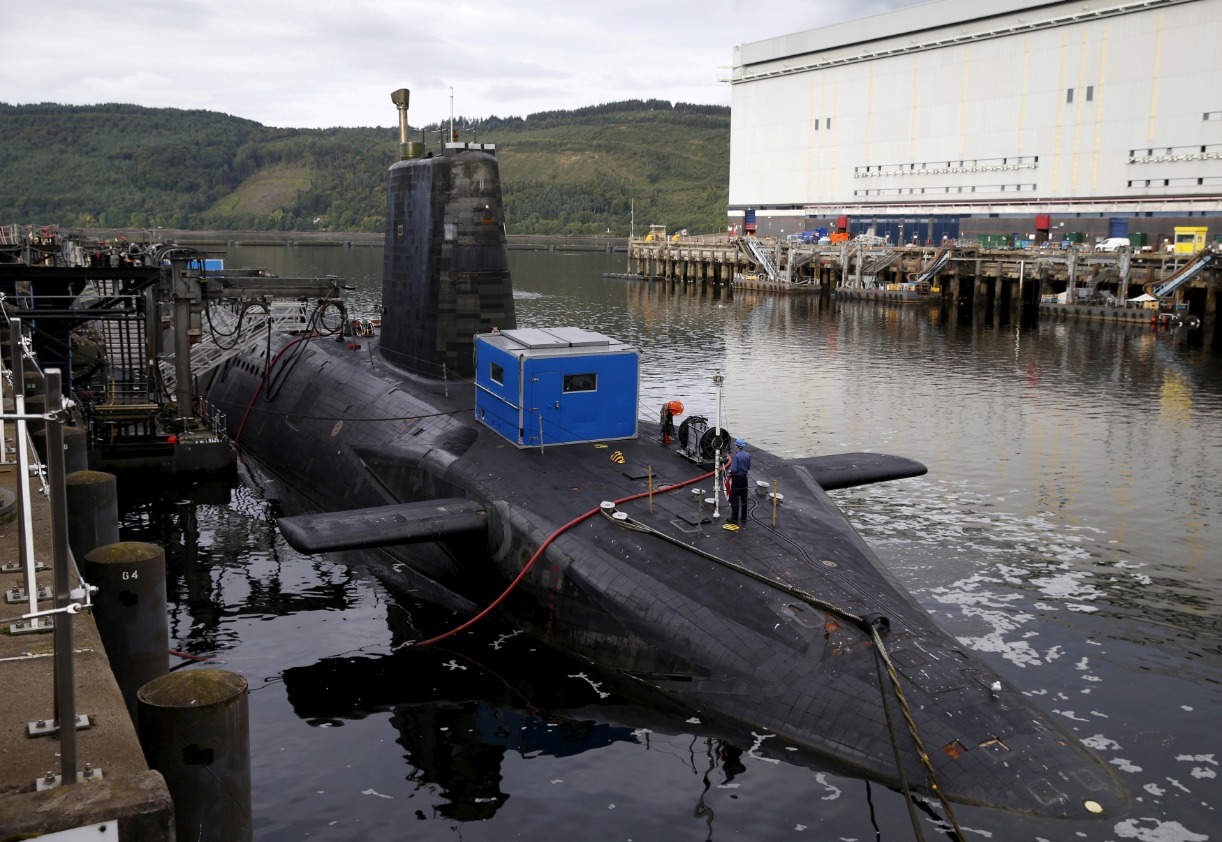 Here’s What You Need to Remember: At 15,000 tons displacement, the Vanguards are twice the size of the Resolution class that preceded them. Although each submarine has sixteen launch tubes, a decision was made in 2010 to load each sub with just eight American-built Trident II D-5 submarine launched ballistic missiles.

The United Kingdom maintains a fleet of four ballistic missile submarines with the ability to devastate even the largest of countries. This fleet came into being after its ally, the United States, canceled a key weapon system that would have been the cornerstone of London’s nuclear arsenal. Fifty years later, the UK’s missile submarine force is the sole custodian of the country’s nuclear weapons, providing a constant deterrent against nuclear attack.

The United Kingdom’s nuclear force in the early 1960s relied upon the so-called “V-Force” strategic bombers: the Avro Vulcan, Handley Page Victor and Vickers Valiant. The bombers were set to be equipped with the Skybolt air launched ballistic missile, which could penetrate Soviet defenses at speeds of up to Mach 12.4 (9,500 miles an hour). Unfortunately technical problems plagued Skybolt, and the U.S. government canceled the missile in 1962.

Skybolt’s cancellation threatened to undo the UK’s entire nuclear deterrent, and the two countries raced to come up with a solution. The United States agreed to offer the new Polaris submarine-launched ballistic missile to replace Skybolt. The United Kingdom had no missile submarines to carry Polaris—it would have to build them.

A study by the Ministry of Defense concluded that, like France, the UK would need at least five ballistic missile submarines to maintain a credible deterrent posture. This number would later be reduced to four submarines. Like the French Le Redoutable class, the submarines would bear a strong resemblance to the U.S. Navy’s Lafayette-class ballistic missile submarines, with two rows of eight missiles tubes each behind the sail. Unlike Lafayette and Le Redoutable, the new submarines of the Royal Navy’s Resolution-class would have their hydroplanes on the bow, with the ability to fold up when parked along a pier.

Most of the submarine was British, with two built by Vickers Armstrong at Furness and two by Cammel Laird at Birkenhead. The missiles, missile launch tubes and fire control mechanisms, however, were built in the United States. Each submarine was equipped with sixteen Polaris A-3 submarine launched ballistic missiles. The Polaris had a range of 2,500 miles and was originally equipped with a single British warhead. A midlife improvement for the missile, Polaris A-3TK, replaced the single warhead with two Chevaline warheads plus penetration aids.

In the early 1980s, it became clear that the Resolution class would eventually need replacement. Despite the end of the Cold War and the dissolution of the Soviet threat, London held firm and built all four ships. The UK again decided to build its own submarines and outfit them with American missiles. The result were the four Vanguard-class submarines: Vanguard (commissioned in 1993), Victorious (1995), Vigilant (1996) and Vengeance (1999). Vanguard carried out her first Trident II missile firing in 1994, and undertook her first operational patrol in 1995.

At 15,000 tons displacement, the Vanguards are twice the size of the Resolution class that preceded them. Although each submarine has sixteen launch tubes, a decision was made in 2010 to load each sub with just eight American-built Trident II D-5 submarine launched ballistic missiles. The Trident II D-5 has a range of 4,600 miles, meaning it can strike targets across European Russia with ease. Each D-5 carries eight multiple independently targetable warhead 100 kiloton warheads, giving each submarine a total of 6.4 megatons of nuclear firepower.

UK missile submarine crews, like their American counterparts, maintain two crews per boat to increase ship availability. Under a program known as Continuous At Sea Deterrence (CASD) at least one submarine is on patrol at all times, with another coming off patrol, another preparing for a patrol and a fourth undergoing maintenance. According to the Royal Navy, CASD has not missed a single day in the last forty-eight years without a submarine on patrol.

In 2016, the Ministry of Defense announced the next generation of nuclear-powered ballistic missile submarines, dubbed Successor, would be the Dreadnought class. The Royal Navy will builds four Dreadnought-class subs, each weighing 17,200 tons with construction beginning in September 2016. Each will have twelve missile tubes instead of sixteen, and the subs will recycle the Trident II D-5 missiles from their predecessors. The Dreadnought boats are expected to enter service in the 2030s and have a thirty-year life cycle. The ministry expects the new submarines to cost an estimated $39 billion over thirty-five years, with a $12 billion contingency. The introduction of the third generation Dreadnought class will provide the UK with a powerful strategic deterrent until the 2060s and possibly beyond.

At any one time, at least sixty-four of the UK’s nuclear weapons are somewhere at sea, ready to launch within minutes of warning. While nowhere near as powerful as the U.S. strategic deterrent, the nuclear weapons are more than enough to prevent any opponent from launching a surprise attack. The Royal Navy’s ballistic missile submarines carry on the service’s centuries-old mission of protecting the country from the sea.

Sun Jan 17 , 2021
The variety of uses of small drones, and the guidance systems which direct them, can be very difficult to defend against, a reality inspiring the current Air Force effort to solicit new ideas on ways to destroy them. The Air Force recently released a Request for Information (RFI) to industry, asking for new innovations able to counter small enemy drones.