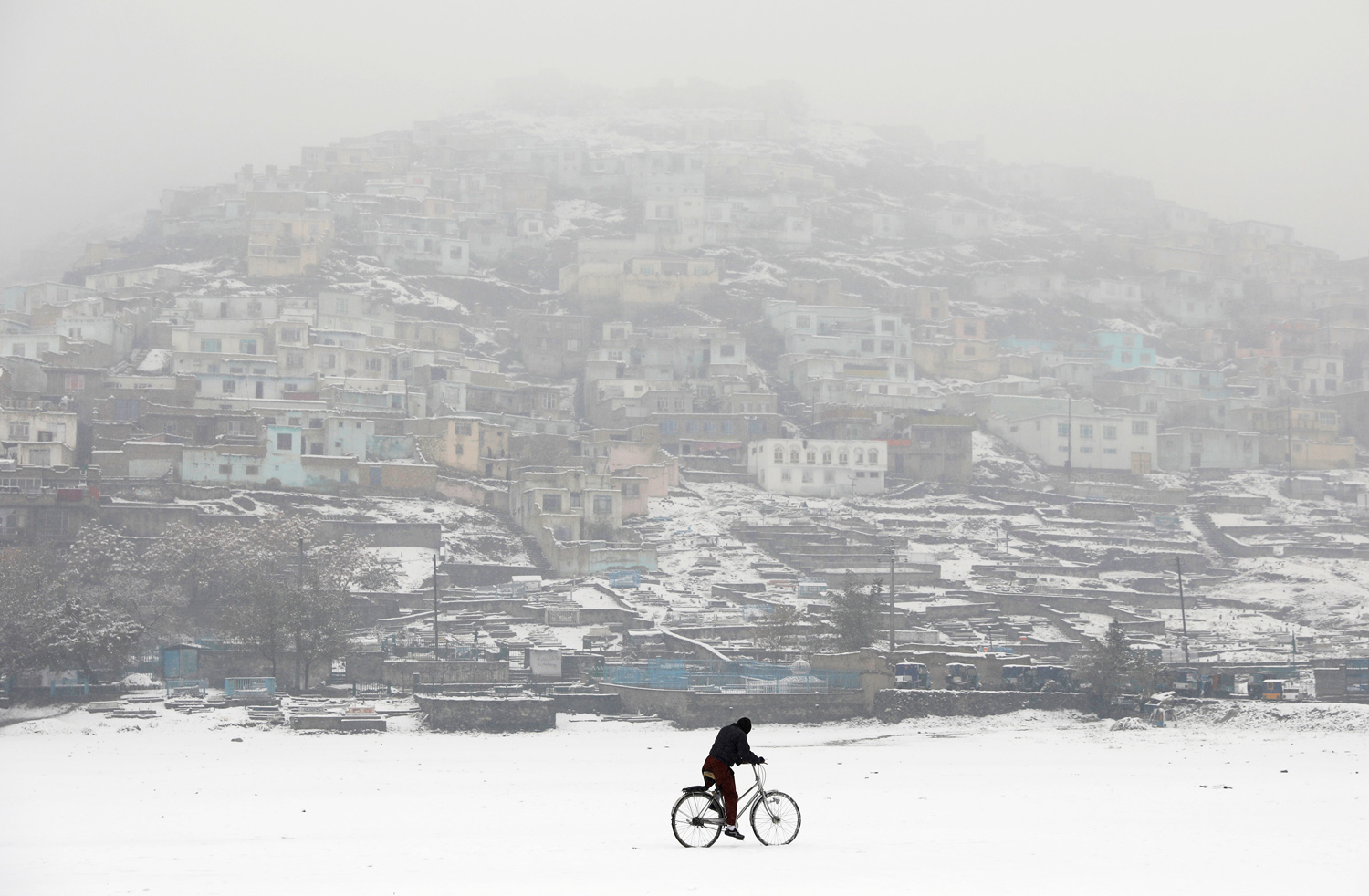 One of the obligations of people like me, who have tenure, is to speak truth to power. So let me put it bluntly: how many more Afghans will we allow to be killed so that our politicians will not have to admit that the United States and its allies failed in Afghanistan, and it is time to get out? Each administration seems afraid that it will be charged with having “lost” Afghanistan, with being weak, and thus stays and kicks the can down to the next administration, a pattern that has repeated itself for almost twenty years, and counting. The rationalizations for staying are changing all the time, but the body count continues to rise—especially if you count not only U.S. casualties but also the Afghans we are said to be helping to protect by staying.

The United States first moved to punish Afghanistan for hosting the terrorists who attacked America on 9/11. Then, to install a Western democracy and a friendly ally. Then, to defeat the Taliban and allow for a “stable” Afghan government to emerge. Then, to only weaken the Taliban enough to bring them to the negotiating table under favorable terms. The United States is also said to stay mired in Afghanistan because India, a nation we are courting to counterbalance China, does not want Pakistan to have undue influence there.

Most recently, the United States agreed that U.S. troops would leave if the Taliban did not attack U.S. forces and did not host Al Qaeda. Well, they lived up to their promise and did not attack U.S. forces. However, there are reports that the Taliban are violating the agreement and are hosting Al Qaeda—and for that reason officials say that the troops must stay. It is hard to believe these reports, given that the Taliban would be extraordinarily stupid to do so. They never were allied with Al Qaeda, because their goal was always to establish a Muslim republic in Afghanistan, not to export it to other nations. Twenty years ago, they followed their tradition of being hospitable to strangers, allowing Al Qaeda to have some training camps there. But since, no love was lost between the two groups of fighters. Even if now the Taliban somehow wanted to host Al Qaeda again, they surely would hold their breath for a few weeks, have the United States leave on May 1, and then open their arms to Al Qaeda. The Taliban are a brutal bunch of hardened fighters; however, no one has ever shown that this small group—with no air force, artillery, tanks, or modern means of surveillance and warfare—that first defeated the USSR and then NATO—is irrational.

What about human rights? One must assume that the Taliban will reestablish a sharia-based government, and one might argue that our staying avoids such an outcome. However, the government we are propping up, while protective of some rights—famously allowing millions of girls to attend school—is itself a gross violator of rights, one of the most corrupt governments in the world, and a very major source of opiates, which inflict much harm in central Asia and Europe.

A recent New York Times report reveals that warlords and other powerful people are receiving money from the national police and the government in order to find people to patrol highways that connect provinces in the north and that have come under heavy attacks by the Taliban. The people put on patrol are not provided with training, and are brought to the sites under the false pretense of working on construction projects. Following their arrival, “militia members are dropped in areas too dangerous to flee and only picked up weeks or months later, dead or alive.” This development marks a return to the warlord-centric system that previously held sway in Afghanistan.

Corruption has flourished throughout Afghanistan’s government. Reporting indicates that the United States “was responsible for fueling the corruption, by doling out vast sums of money with limited foresight or regard for the consequences.” The most corrupt officials have frequently been U.S. allies. People suspected of war crimes and other human-rights abuses are benefiting from U.S. support, as are politicians who learned that they could get “nice packages” for casting the asked-for votes. It is common for politicians, judges, and police to extort the people they are supposed to be serving. According to Transparency International’s 2020 Corruption Perception Index, Afghanistan is among the most corrupt in the world, in a five-way tie for 165th place out of 179 countries.

When the Taliban was in power it banned the drug trade. During the time the United States has been entangled in Afghanistan, the drug trade has boomed. In 2018, “Afghan farmers grew poppies—the plant from which opium is extracted to make heroin—on four times as much land as they did in 2002.” The UN Office on Drugs and Crime estimates that Afghanistan produced 82 percent of the world’s opium. The drug trades help to fuel the corruption and serve as a source of revenue for the Taliban. The British, who took the lead on the Western effort to crack down on opium production and trafficking, made matters worse by offering to pay farmers large sums of money to destroy their poppy crops. This resulted in more planting and allowed farmers to destroy some of their crops and sell the rest, or to destroy their crops after harvesting the opium sap, enabling them to sell the sap and get paid twice for the same harvest.

Military and political elites in Afghanistan, especially the Pashtun, engage in sexual abuse of young boys, dressing them up like girls and keeping them as sexual slaves. This atrocity, called bacha bazi, is not new—it has been around for generations, banned by the Taliban but returned once the United States liberated Afghanistan. U.S. officers have been ordered to ignore this abuse, even as they heard the cries of the boys. Thanks to corruption in law enforcement, from police up through judges, the perpetrators of these abuses have largely been able to avoid prosecution for their crimes, and the institutionalized pedophilia continues unabated.

Even if Biden keeps troops in Afghanistan, the Republicans will still charge him with being weak. Trump left a mountain of trouble for the Biden administration—and a few, paltry gifts. A commitment to leave Afghanistan by May 1 is one of them. Biden should take it, lest the horrible, unending, failing war in Afghanistan becomes his war, too.

This article is written by Amitai Etzioni who is a University Professor and professor of international affairs at The George Washington University. His latest book is Reclaiming Patriotism. Views are personal.

How Close Did Germany's Navy Get to Threatening America's Coastline in WWII?

Sun Feb 28 , 2021
On December 9, 1941, Grand Admiral Erich Raeder, the commander of the Kriegsmarine, lifted all restrictions on German naval attacks against American vessels by his surface and submarine fleets. Atlantic sparring between the two powers had been occurring for several months but would now escalate into full-blown conflagration. For the United States a painful lesson on the consequences of complacency and arrogant refusal to accept outside assistance was coming.